The black guy mullet hairstyle is still popular. This famous throwback continues to change with each decade, and it’s making a strong comeback in 2020 with the Best Black Man Mullet.

The mullet is a hairstyle in which the front and sides of the hair are trimmed short while the rear is left long. It is mostly worn by guys.

The front and sides of the black guy mullet hairstyle are short, with long hair in the back. While the mullet is making a comeback, this is one men’s haircut that the majority of men will never wear.

Mullet hair was popular in the 1980s and may still be spotted in some rural areas of the United States. Guys can adopt the mullet haircut to blend short and long hair, creating a “business in the front, party in the back” look.

Fortunately, several creative barbers and stylists have taken the time to produce some great modern variants of the cut, generating edgy and stylish fancy mullet styles.

Indeed, I was shocked to see so many images of mullets blended into men’s hair in such creative ways.

Here are the greatest mullet hairstyles for guys to attempt right now, ranging from the mullet fade to the euro mullet to the mullet mohawk.

If you like 80’s men’s haircuts or just long hair flowing at your neck, these mullet hairstyles will inspire you!

The contemporary mullet is a haircut that combines a long tail with relatively short sides and back hair. For example, men may now have a fade or undercut for a distinctive style.

Similarly, you can request a long or short mullet from your barber. Following that, males can style their mullet hair with a faux hawk, mohawk, spiked up, to the side, or messy.

Mullet hair is versatile and attractive, and it may be trendy and lovely. Also, the hairstyle is appropriate for many hair lengths and varieties, including thick, straight, wavy, and curly hair.

The current mullet is a product of hipster influence, which has helped to dispel the myth that only country men can pull it off.

The mullet hairstyle is best defined as having short to medium hair on top and sides and long hair in the back and neck.

The hipster mullet, on the other hand, allows for variants, such as a high skin fade with a pompadour or smooth back that blends into the aesthetic.

If you have long hair and want your barber to cut it into a mullet, simply show him one of these images.

Mullet For a Short Black Person

Do you want to spice up your mullet? With the aid of facial hair, you can always improve the manliness of a mullet hairstyle.

We couldn’t talk about the mullet without mentioning the rattail. This is a similar hairstyle to the mullet, except the short hair on top ends in a lengthy stretch of hair at the nape.

A Quick Look at The Mullet Haircut

Keep in mind the following advice if you’re considering getting a mullet:

There’s no doubt that the mullet is a unique haircut that may look beautiful, despite the fact that it’s not suitable for everyone. We hope this post has given you some long-locked inspiration as it’s officially back in trend.

How To Care For a Black Man’s Mullet Haircut

The mullet is all about upkeep and grooming, so keep up with weekly or biweekly cuts, especially if you have an extremely low fade on the sides.

Stylers can keep your mullet cut in place if you have curly or wavy hair. When the hair begins to grow out, it will not be as noticeable. Your sides will readily mix in with the length of your cut overall. However, don’t go too long without a haircut!

How To Wear a Mullet

There are several ways to style the mullet itself. The mullet can be flared, tied into a ponytail, or narrowed with hair gel to seem like a tail.

The rest of the head may be fashioned into whatever you like, but a good hairstyle to go with the mullet is slicking back the hair on top of the head with your fingers and hair mousse while blow-drying the hair that you are slicking back.

Then, work on the mullet by flaring it with your fingers and blow-drying it to add volume; this technique was popular in the 1980s to generate a big-hair effect with a prominent mullet.

As a finishing touch, you may apply hair gel, mousse, wax, pomade, or even hair spray to keep the Mullet in place.

Simply be creative with your Mullet; the most crucial aspect of sporting a nice Mullet is getting the hair-length difference correct.

Just keep in mind that the Mullet should be 4 inches longer than the rest of your hair.

Finally, if you don’t have straight hair, you may straighten the hair on the mullet.

What Exactly Is a Modern Mullet?

The modern mullet is characterized by two features: a long mullet, consisting of a longer body of back-hair and short side-hair, and medium-length front and top hair. The term “contemporary” in this haircut just refers to the shorter hair in the front, so you may style it anyway you like.

Since the phrase “modern mullet” is so broad, it may be used to describe a variety of distinct cuts. Just keep in mind that it’s a mullet with a short-ish top, however it’s fashioned.

This is one of several varieties of the side sweep. The top is semi-curled, which adds a tiny amount of volume. For a stealthy appearance, the sides are gently tapered in layers. The mullet here is pretty subtle, which adds to the overall neatness!

Slight curls are quite nice, especially when done this way, with a gently tousled top and tapering sides. The temples are fading, which is usual with mullets, but it works better here since it balances the thick volume on the rear.

This mullet is all about the volume, which is utilized to create a tousled style with a low-maintenance undertone. Also, the mix of black and blonde is incredibly hipsterish, which adds an added degree of sass. To top it all off, the stubble comes in useful.

Long Top with a Short Mullet

We’ve heard of log tops and short sides, but a mullet on the back is definitely a statement. It shows how to combine old and contemporary looks, and the color on top contrasts flat hair from spiked hair. To keep the volume, the sides are gently tapered.

Curly Back with a Temple Fade Mullet

Temple fade is something that stands out and captures the attention immediately. The mullet is curled for added flair, and the top is pushed back. The pushback is modest, yet it makes a fashion statement.

Frizzy Top with a Manly Mullet

This mullet is stunning on so many levels. For starters, the taper fading sides contrast with the lengthy and heavy top. Following the temple fade, which is a wonderful subtle maneuver, the mullet itself is so lengthy that it is difficult to ignore. All of this, topped up with some highlight dye, is ideal!

That Faded Temple with Thick Beard

We constantly try to find a happy medium between hair and beard. The pleasure is in the volume density on top with a beard. The fade on the sides makes this seem nice overall, but the top is all thrown and kept quite short in length.

Mullet and Mustache is a Couple

Mullet and mustache is a daring fashion statement here. The top is really casual, having a French crop look to it. Everything else is shaved save the mustache, which has grown rather well. This style has a hipster vibe to it.

Is The Mullet Making a Comeback?

“Yes,” is the simple answer. Formal in the front and party in the rear is making a comeback.

This hairstyle was initially used by sportsmen and celebrities as a symbol of style and an out-of-the-box look. Because of its unique design, it has been described as a cross between a meeting room and a nightclub.

Mullet’s main points are the strands at the rear that try to pop out of the cluster, making it appear like a jumbled mess when the top is an organized short haircut.

Some people may feel that this vintage look would look great on people with longer facial structures since the hair will have more room to develop and cluster.

Mullets with fading sides or brushed up tops will absolutely modernize the classic look, so get ready for some new mullet variations.

What is the price of a mullet?

Since getting a mullet haircut is not extremely difficult, it is not extremely expensive. It might cost anything from $30 to $50. But a variety of things affect the price. As a result, a burst fade mullet could be more expensive than a traditional one. Also, each salon has a unique pricing structure.

Is a mullet considered a professional haircut?

A mullet is often regarded as unprofessional. However, depending on the degree to which your workplace has a dress code and the type of haircut you go for, it may seem fairly professional.

How can you request a haircut with a mullet?

You may just request a mullet cut because most barbers are familiar with it. However, it makes sense to be more specific if you have a specific style in mind. Bring a picture of the desired hairstyle if possible.

Are mullets an attractive look?

When properly cut, mullets may be quite appealing. A long hair mullet may appear untidy and unattractive. Choose a medium-length cut with short or faded sides instead. Finally, don’t forget to maintain tidy, clean hair.

How can a mullet be made to appear good?

The best mullets have a lot of hair gloss and texture. If your hair is lacking in any of them, you might need to use a sea salt spray or a texturizing product. Apply several sprays to your hair and arrange it with your fingers to create waves.

Why is this haircut known as a mullet?

The Beastie Boys’ song “Mullet Head,” from 1994, is responsible for giving the mullet its name. The hairstyle, though, debuted much earlier. The renowned Greek poet Homer wrote about it in his masterpiece, The Iliad.

Could I rock a mullet?

Anyone can pull off this killer haircut with the right mindset and style. Everything is in your hands.

As you can see, the Mullet is an extreme haircut and hair style that is not difficult to achieve if you set your mind to it.

Certainly, the Mullet as a hairstyle died away with the ’80s, but who says you can’t revive the Mullet among men? If you truly want to let your hair down, buy yourself a Mullet ASAP! 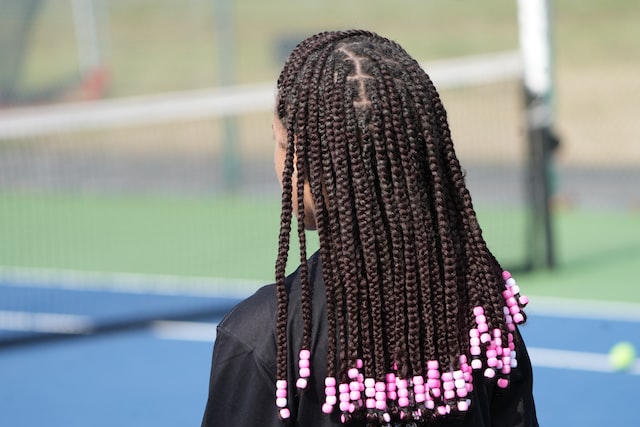